India is today the second most populated country in the world !

With more than 1.3 billions inhabitants on almost 3.3 millions km², India is today the second most populated country in the world after China, and could become the first by 2025. Since the proclamation of its constitution in 1950, India has moved on to a very independent country where local culture can develop freely. Even though population remains really young – approximately half of it is under 25 – and urban poverty and internal conflicts persist, the country is the biggest democracy and still shows one of the most important growth rate in the world. Here is how the country works.

Land and power division in India 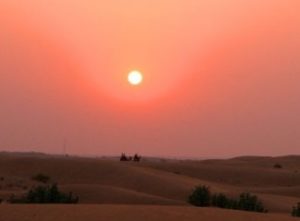 With such a population and 70% of it living in the countryside, the country could not be run only from the capital city. This is why it is divided into regions – the smallest ones considered as territories only -, districts and further into smaller administrative divisions called tehsils and ultimately into villages.

There are 29 states in India, mainly organised on a linguistic basis and each one with its own capital city:

Politically speaking, India is a federation where power is divided between the Union (or Central) government and the States, even though it has grown more and more federal (centrally ran) since the late 1990s.

India in the global economy 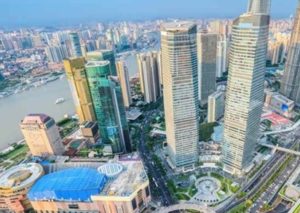 In addition to its well-known production of electronic components for repairing computers and other equipment, as well as its increasing potential in the digital field, India’s economy today relies mainly on a few markets:

Because India is the country where linguistical and religious differences are the most important, its culture is also very diversified. Indeed, India counts two official national languages (English and Hindi) and no less than 18 official regional languages, but also more than 234 mother tongues (Hindi being the most common one).

Regarding religion, the same diversification applies : additionally to the numerous informal beliefs practised in India, there are 6 official religions that are recognised by the country. Some of them were even born there:

Because India has always been a centre for many civilisations and has experienced numerous invasions, migrations and colonisations, its culture gathers roots from various origins. India’s culture in the world is mostly famous for its Bollywood productions – neologism inspired from Bombay (now Mumbai) and Hollywood – which are commercial movies in Hindi.

Indian literature is also famous around the globe thanks to its many spiritual writers such as Rabindranath Tagore who won the Nobel Prize for Literature in 1913 and Mahatma Gandhi, the most important politician and spiritual guide that India has ever known and the one who help the country toward independence.

Of course, India is also much well-known for its diversified and spicy cuisine, its very colourful clothing and its national sport: field hockey.

Because India is so big, it has many various landscapes to offer. It is much appreciated for the Himalayan mountain range – the highest in the world – and its three archipelagos :

India’s longest rivers, the Ganges, is also much famous for its many religious and cultural significances. According to Indian culture, it is the embodiment of all sacred waters.

Tourism in India is therefore mostly driven by nature and spiritual discoveries.

Education and health are two domains fields where India remains underdeveloped. Family traditions are not much respected and weddings are still often arranged. Usually the wife leaves her family house to go and live with her husband in his one.

Child labour is still much widespread and school has only become compulsory since 2010 for children between 6 and 14.

Indian health services are also much underdeveloped. The main cause of death is road traffic accidents, also because there is no emergency service in India. AIDS is much widespread as well, with more than 2.5 millions HIV-positive people, and health information is not communicated efficiently.

Even though certain fields remain to be improved, India seems to be evolving on the right path and could soon be one of the strongest country in the world.