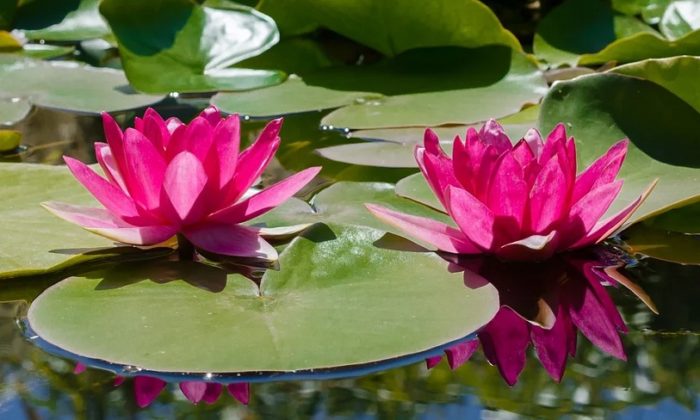 When you consider that the lotus flower starts out in the mud of ponds and grows to become a thing of such beauty, you start understanding why it has so much importance in so many different traditions. Therefore, it came to represent many different things, according to those who see it and revere it. Let’s take a look at the lotus flower meanings in Eastern societies.

A Transition that has Meaning

The final beauty of the lotus flower just may explain, by itself, why so many see the lotus flower as a symbol. But when you take a closer look at the traditions in which the lotus flower has meaning, you quickly realize that it’s the transition it goes through which gives it importance to those who cherish it. It is easily understandable when you think that such brightness it is born in mud and scum at the bottom of ponds, where it takes root Before it can even break the water surface, it has to go through murky water to find its way into the sunlight.

When it finally blooms, for all to see, the lotus flower meaning comes into view. Its transformation stage, all the way to the exquisite flower it unveils, makes it the perfect vessel to represent enlightenment, purity and rebirth. In its show of force over the elements of life, it gives a perfect example of how to triumph over obstacles. It is literally an illustration of how to rise above the difficulties that life may bring, by twisting and making our way, all the way to the light at the end of the tunnel. Although some see it as a spiritual element, all can enjoy the poetic symbolism of the lotus flower.

The Lotus Flower and Buddhism

The lotus has two very different meaning inside Buddhism. It first serves to illustrate the virtues of Buddhism and then teaches the importance of non-attachment to earthly things and what surrounds us. In the first vision of the lotus flower, it explains how our journey (our life) starts out just like it; in the mud. In the case of humans, it indicates the suffering we come from (samsara). We are closed-up and refuse to shine. But then, as we learn the virtues of Buddhism, we decipher the wrong from the right through the experiences we live, and we end-up in a state of enlightenment.

In the second lotus symbol meaning in Buddhism, we are made aware off the importance to remain unattached to earthly things. It is explained by the fact that although it has its feet well implanted in the mud, it rises above everything, staying clear from the imperfection of the world, which in this case is represented by the murky water.

The Lotus Flower and Hinduism

The importance of the lotus flower in Hinduism might be even greater than in Buddhism. It is said that the god Brahma was born from a lotus flower, which also emerged from the navel of Vishnu. There are many gods and goddesses which are represented sitting on a lotus flower as well, or with some in their hands. Even the god Krishna, a very important figure in Hinduism, is also sometimes called “The Lotus-Eyed One.”

The flower is associated to divinity and purity, as it emphasizes the fact that the lotus has the capacity to remain unsullied by the murky water and the dirt at the bottom of the pond. As in Buddhism, it also represents standing above the material temptations life offers and standing on our own, aiming towards enlightenment as we carry our spiritual duties. In fact, the lotus meaning is associated to the highest level of enlightenment in the Ayurvedic Chakra. It is mentioned in the 7th Chakra (Crown Chakra) as the “Thousand Petal Lotus”, which represents spiritual awareness and pure consciousness.

As you can see, the richness of the traditions that have been built around the lotus flower is quite impressive. Its iconography and history goes above most other flowers celebrated in the world. It is easy for all to understand the metaphor of the lotus having roots in the muddy soil, growing through murky water and blossoming fully in the face of the sun, above the water surface. It doesn’t matter what your spiritual beliefs are, we can all appreciate the beauty and the poetic meaning attached to it.