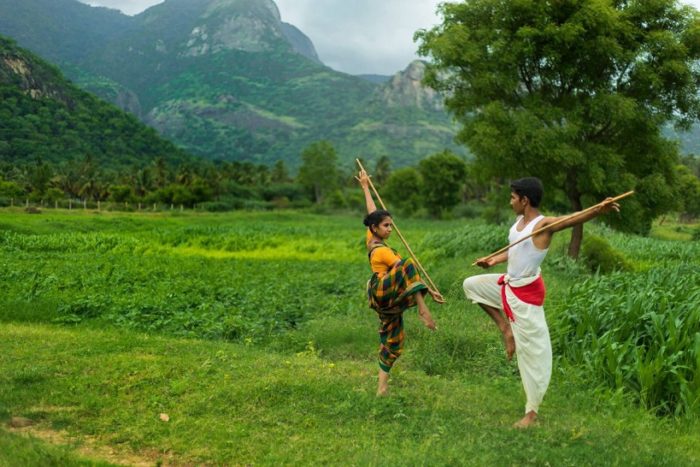 India has been a much better performer in recent Olympics. We can definitely see a bright future for the country in many activities featured at these events. But there are traditional sports in India that deserve recognition around the world, and of which we never hear about. Let’s shine the light on a few of them in this article.

Since we are close to National Sports Day, we thought it would be interesting to feature some of the important traditional sports in India, so that everyone can discover them. They are not just popular in the country; they are also interesting for other countries to learn about it and develop its practice for their own citizens. They often come from a long time ago and have become part of the culture of sports in India. Here they are, in no particular order:

This is a sport for gymnasts. It is a national sport of India, practiced hanging or on a stationary wooden pole, rope or cane. In order to participate in this sport, you need a combination of physical strength and acrobatic techniques. It is practiced in different places around India, but Madhya Pradesh has announced that it is now featuring it as the main state sport. You can also find many federations around the country, including Mallakhamb Confederation of World (MCW) and South Asian Mallakhamb Federation (SAMF).

The name Silambam refers to the bamboo stick used to fight in this martial art, which comes from South Asia. However, it is not the only weapon in this activity. The Katti (Knife), Aruval (Sickle) and Kuttu Katai (knuckledusters) are some of the many other weapons which can be used during the fights. This sport already existed back in the ancient Tamil literature.

For those who prefer high intensity sport, mixed with testosterone, Jallikattu is the right one for them. It is performed only on the occasion of Pongal. A bull is released, and people have to jump on it and stop it from moving. Because there were human casualties, and some considered that it was cruel to bulls, the sport was stopped for a while, but in 2017 new laws made it possible to start again, by making it safer for people and better for the bull as well.

Vallam Kalli is a boat race which takes place in the region of Kerala when they celebrate Onam. It is popular with tourists as well, who enjoy watching the elongated boats run their course. The Nehru Trophy Boat Race is the most popular event during these celebrations.

This sport is related to wrestling. With time, it has become popularized under the name Kushti. The Great Gama, an Indian wrestler never defeated in any fights around the world, made it famous in India during the late 1800s and the beginning of the 1900s. This genre of wrestling goes back further away than other ones known in the world, and it has inspired the MMA. It is appreciated all around the country and features athletes of all ages, starting as young as six years old, under the guidance of gurus.

This is an activity that kids start to play at an early age, at school and with their friends. This is a game of tag which came out from the Maharashtra region. In 2018, the first federation was born, as the game gained interest. It now has many championships around the world. This is a sport that includes a total of nine players, with three of them trying to avoid being tagged.

This sport is not only popular in India, but all across Asia as well. In fact, it is one of the most popular games in this part of the world. It started in Bangladesh, where they considered it to be their national sport, but India has been a reigning champion at this, for quite a while now. In fact, they won many of the gold medals which were awarded in various championships between 1990 and 2014.

Thang Ta is not only a sport. It is also practiced in tantric dance. This Indian martial art, coming from Manipur, consists of three different parts: The ritualistic side of tantric practices, the demonstration side which is being presented through dance movements featuring also a spear and a sword, and a combat side which is literally applied in combat. The whole activity comes from the Huyen Langlon, a much larger martial art which comprises Thang Ta and features it as an armed combat as well as an unarmed fighting movement called Sarit Sarak.

Hopefully, this will help bring light to these mostly unknown great sports in India. Developing them, on an international level, would be of great benefit to all. Don’t hesitate to read more about each of them and to start playing it yourself.