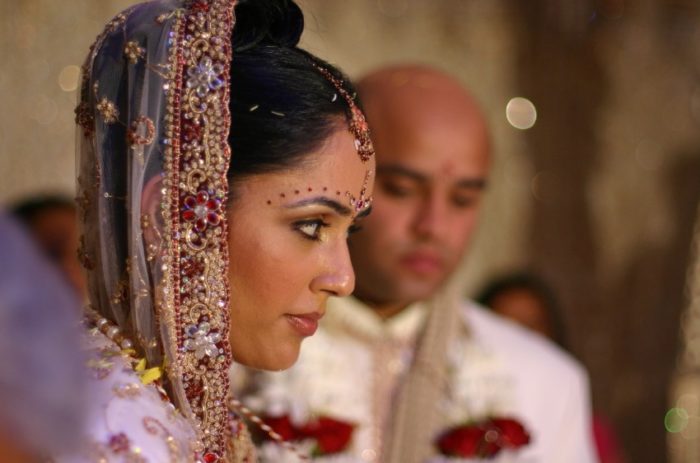 From entertainment, flowers, clothing, to the food, there is usually a lot of excitement and preparation around the wedding day. While there are variations in various Hindu communities, there are some staples like the Gran Shanti ceremony. Here are a few details on how the ritual takes place.

In India, elders and parents in the close family primarily did the first matchmaking. They took into consideration practical aspects and considerations for a successful marriage. The rituals for matchmaking also entailed horoscopes matching. Indian marriages are not just a match for the couples but also a match of the two families.

In this event, there is a lot of excitement and fun. It can take place at the bride or groom’s home. In the US, both families have probably known each other for years. Thus, it is an announcement to relatives and friends.

Hindi culture dictates that the groom’s father will make the proposal to the father of the bride with his son in tow. The bride’s father confirms there are no skeletons in the groom’s closet and tells the groom’s father to ensure that his daughter also has no skeletons in her closet. The father of the bride sets the date and the couple will then exchange engagement rings. The couple is now referred to as bride and groom although they will only officially become so about a day to the actual wedding day.

The Steps For Engagement

The whole ceremony takes about 45 minutes.

As in other cultures globally, horoscopes play an important role in the ceremony. While in the US weddings often take place on Saturdays, it might not work for a Hindu wedding. The union has to take place on a day when the planetary arrangement is perfect to avoid future problems. A day before the wedding, the Grah Shanti ceremony takes place, which marks the official kickoff of ceremonies for the marriage ceremony. Various other rituals are done separately at the groom and bride’s homes. However, depending on the wishes of the families, the rituals can take place at the wedding venue to ensure all relatives attend.

The Steps For The Pre-Wedding Rite

The groom or bride is massaged with Halad and fragrant oil and then take a bath for purification.

The Muhurtamedha is the official announcement of the coming wedding. This is done using a yellow cloth tied to a tree with a short pooja. Parents from both sides declare they are starting the pre-wedding rituals and pray to the Gods for blessings.

Ganesh is the son of Parvati and Shiva. He is the Lord of Success and Destroyer of obstacles and evils. It ensures the wedding will be a success.

The Kalasha represents the universe and Hindu Culture and Heritage. The holy water from the Kalash is used to perform Kannyadaan.

This entails doing the Yagnya to please the heavenly bodies and eliminate any natural calamities that might be in the paths of both the bride and groom.

This is only for the bride. She worships Gouri and Shankar to ensure an eternal marriage despite any challenges that may occur. The girl is now called Soubhgya Kankshini, a bringer of good fortunes.

Upanayana is the start while Samavartan is the end of the Brahmacharyashrama, which is the first step of being a student and the foundation for the Ashram system. It is supposed to begin at about 10 years to teach the child to follow a strict code of conduct. However, many have not undergone it. However, it is better late than never.

Advice by the Priest to the Groom or Bride

The priest then take the groom and the bride apart, one after the other, and gives them advices for their married life.

This is the final step, once it is done, the bride and groom can now be called the bride and groom officially.
Each step has an important meaning and a Hindu wedding expert will explain in detail. During the actual wedding, exchanging gifts is allowed. A gift can be in the form of gold, money, or anything else of value to the couple.

In traditional Hindu customs, dating was not allowed as it was seen as a form of testing each other. The rules and details of each ceremony will obviously vary according to the wishes of the family. Both can make arrangements and a procedure that suit the families the best after consultations.