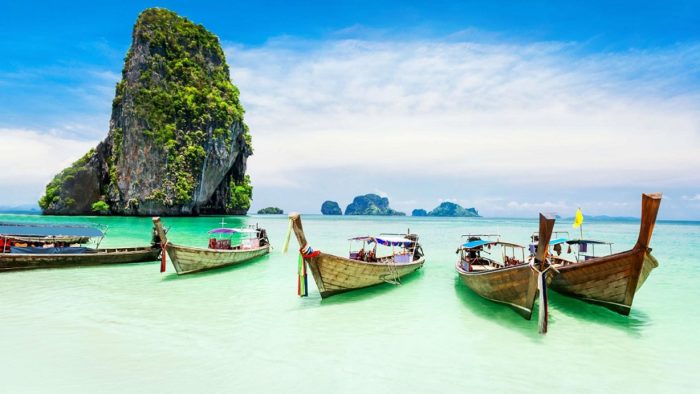 Thailand is recording a slower growth in its tourism industry lately, but it does intend to benefit more from the continually emerging potential of the Indian market. In 2018, there were 1.59 million Indian visitors in the country and in the following year, that number surpassed 2 million.

Objective: 10 million Indian visitors in Thailand per year by 2030

This objective is based on a forecast by TNN Agency which takes in account the fact that only 5% of the 1.3 billion inhabitants of India have a passport today. Therefore, the growing numbers of passport holders should reflect itself in the number of visitors. In order to make it easier for them to enjoy tourism in their country, the government has created an electronic visa to simplify the application process. Today, applicants do not have to go to an embassy or a consulate anymore to fill the forms nor will they have to wait in line to request a visa when they arrive at the airport (further information).

Currently, Thailand does not require a visa to enter its territory for 64 different countries. With the new electronic visa, citizens from 21 countries that need one to enter will have the possibility to acquire them by filling a form online, which is much faster and simpler. By entering a range of personal information and their travel plan while in Thailand, Indian travelers will have presented their request in a matter of minutes. It should be said that these visa are mainly for tourism purposes. Once ready, the visa is delivered by e-mail to the applicant.

There are a few common characteristics to describe Indian tourism in Thailand. First of all, although the Chinese are still the ones who spend the most when travelling through Thailand, at an average of 6,400 baht per day, Indians also tend to be big spenders. They come in a close second place with a spending of 5,800 baht (around 175 euros) per day.

Indian tourists travel mostly in family (67%) and they are independent travelers. They love to go to the beach, visit theme parks and zoos. The number of visitors from India has grown by 25% over the last few years and the tendency shows that this percentage should keep on rising.

A Market Similar to the Chinese

It is interesting to note the similarities between India and China, since they are two of the most important countries in terms of tourism in Thailand. Both are about 3 to 4 hours away by plane, have roughly the same population and have experienced a very dynamic GDP growth over the past decade.

However, Chinese tourists in 2018 have made 140 million outbound trips (according to state-owned English-language news channel CGTN), where, at the same time, only a mere 24 million were made by India’s 1.3 billion inhabitants. And although the United Nations World Tourism Organisation estimates that it will reach 50 million by this year, it would only then reach the same level where China was in 2009. Since India’s middle-class is still almost inexistent, it may take a while for them to reach China’s level in terms of quantity of tourists in Thailand.