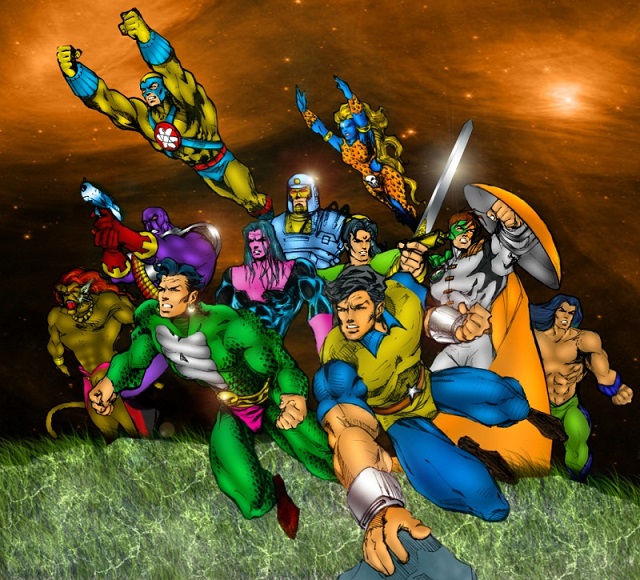 Superheroes are all the rage in this day and age. Marvel and DC Comics have been inundating the movies scene with a mixture of their characters for decades now, and it seems like the public can’t get enough of the same old, same old. All the while, there are so many Indian superheroes which could be featured in movies that have yet to do so. Here are a few of these characters we would like to see more of, in the future.

Yes, it is true that superheroes have an international flavour to them. But when you grow up with some in your own language, closer to your cultural identity, making it easier to relate to, it is quite different than following the adventures of the more North American heroes, such as Batman, Spider Man and Superman.

Thanks to the imagination of great Indian men such as Anant Pai, Anupam Sinha, Sanjay Gupta and Pran Kumar Sharma (to name but a few of the great artists who created our superheroes), many Indian kids were able to dream and fantasize about being super men themselves and save the world. These cartoonists brought an Indian tadka to their childhood. The joy of going through a Raj Comics or a Diamond Comics was stronger than reading their American counterpart, simply because we could relate more. The Indian superhero will always have a special place in the heart of Indian kids and adults who grew up reading their stories.

Here are some of the most important superheroes from India Comic books, of which we would like to see movies and TV series made:

Dhruva can be compared to a mix of Captain America (India in this case) and Batman. Although he doesn’t have the shield of the first one or the super crazy car of the latter, he is definitely the leader of the pack for the various other Indian superheroes. His willpower is second-to-none, and he is a brilliant tactical persona. He is a master of disguise and deception. As part of his super powers, let’s mention that he can communicate with other species and also breathe underwater. Its closeness to being just another human being makes him a favourite of all.

The Snake-King (translation of Nagraj) is the flagship hero of Raj Comics. He is somewhat of a mix between Spider Man and Ant Man, in terms of its super powers. He works closely with Super Commando Shruva to stop the villains. He was created by the evil genius professor Nagmani as a mix of divinity and scientific prowess. He can pretty much do anything a venomous snake could do. He is immortal, has numerous psychic abilities and can metamorphose at will. Nagraj works for a TV channel he secretly owns.

Doga’s most similar international superhero is Batman (without the guns and bombs). He is the most human of all the Raj Comics characters, alongside Super Commando Dhruva. Instead of a bat mask, his is a dog. He is a vigilante fighting crime in the streets of Mumbai. To do so, he was trained in martial arts, marksmanship, bodybuilding and boxing by his four chachas (uncles). He has a formidable personality, and his super powers include an ability to communicate with dogs and a genius-level intellect.

Parmanu (Atom in English) is a mix of multiple superheroes, from Ant Man to Iron Man. Through the use of his belt full of gadgets, he rights the wrongs, and avenges those affected by crime. His first retaliation will be towards the monster that killed his parents, and from there he becomes a vigilante. With Super Commando Dhruva and Doga, he forms a group called Brahmand Rakshak which collaborates to make the world a better place inside the Raj Comics universe. His super powers include flight, shape-shifting and energy/matter manipulation.

Finally, this character (the only one on the list not from Raj Comics) is the only Indian superhero which is confirmed to play in a movie. The Sage (English translation) possesses mystical powers and loves to seek revenge on the villains. He is not Indian per se, but has Indian blood from a previous birth. His antagonist is also a very strong character (Colonel Timothy Townsend) which renders this series even more powerful. Some of his super powers are: Time manipulation, superhuman speed, and omniscient.

His most important arch rival is: Colonel Timothy Townsend