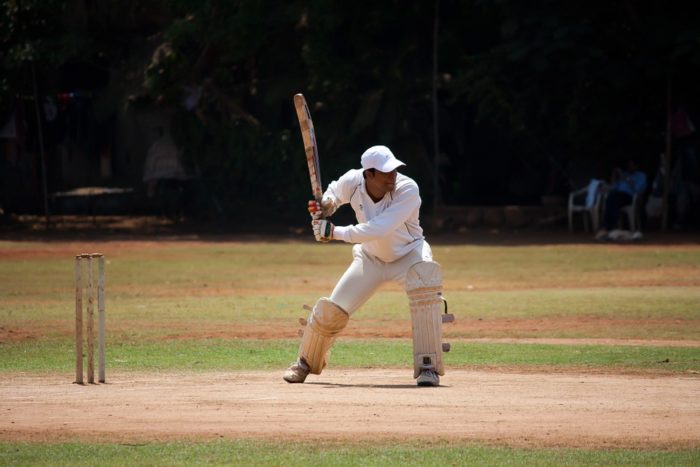 Cricket was first introduced in India by the British, during the 18th century. It has gone a long way since then, as its national League, IPL, now ranks 6th in terms of sports league attendance worldwide. As it continues to grow and gain value, there is a rise in interest from commercial partners as well as from other leagues. Here is a look at the cricket situation in India today and how it is developing.

Cricket matches, in the IPL, are played between March and May. There are eight teams forming the league, representing cities or states in India. It is rather young, having been created only in 2007. However, this professional T20 cricket league has been growing exponentially since it was launched. According to a valuation-appraisal by the company Duff & Phelps, the IPL’s valuation in 2019 was worth $6.7 billion, a steep rise from the $4.2 billion, it stood at, only three years before.

India can proudly say that its cricket league is the most-attended in the world and that it ranks sixth as the most attended leagues, in all sports, globally. In 2015, the matches being held during the three months of their season brought in $160 million to the GDP of the Indian economy. The coronavirus played a big role in the 2020 season, as games had to be played in the United Arab Emirates instead of on national ground. But why is it so highly attended? It probably has something to do with all the sixes that are smashed out the ground every single game! In an interview with the Betway Insider, former IPL star Kevin Pietersen unpacks the success of current IPL players like AB de Villiers.

It is worth noting that India is one of only three nations to have won more than one Cricket World Cup. It did so twice (1983 and 2011). The other two countries that managed to accomplish this feat are West Indies and Australia. It also holds the title of being the unique country to have won the World Cup title at home.

Now that the league is garnering so much attention and raising its value year after year, it is attracting the attention of many firms, wanting to attach their name to it, through sponsorship. It’s the case with Upstox, a financial firm that relates to the stock exchange (online brokerage), backed by the Tiger Global brand. It will become the official partner of the IPL when the new season is launched on April ninth. It is the league’s Governing Council that made the announcement at the end of March.

It is not surprising that those two sectors are connecting, since they both show an exponential growth, in a very short time. There are now over 10 million investors accounts in India, and the daily stock turnover has doubled in the country, in only one year. Since cricket is an important part of social and cultural life in India, it is not surprising that Upstox wishes to have its name associated to it, in order to continue gaining market shares. Upstox is currently used by 3 million customers.

The England and Wales Cricket Board is courting Indian Premier League

Because it has become so popular worldwide, other leagues are also showing interest in joining hands with them, for special events. That is the case of the England and Wales Cricket Board (ECB) who wants to offer a franchise stake to the Indian Premier League in The Hundred Teams. They would like, in return, to have some of India’s most important players to participate in the new 100-ball format tournament. The ECB is even willing to go so far as taking them on the Board of Control for Cricket in India and give them a share of Asian television rights, which proves their seriousness.

The stake of the television rights would be defined by the number of Indian players taking part in the tournament. To that, they are willing to add a stake in the participating teams, to IPL franchises. The first talk between BCCI and ECB were held at the pink-ball test, last February, when ECB chairman Ian Whitmore and their chief executive Tom Harrison were both in Ahmedabad.

It is quite possible that the first ones to be inserted would be Indian women players, as they would take part in the Women’s Hundred edition, to be hosted first. That would pretty much ensure the men’s participation, afterwards.

The Hundred will feature a new format for cricket, as it will be a 100-ball game. The first edition should have taken place last year, in July, but it was postponed by the coronavirus. Back then, the Indian stars were already talking about the tournament, and some of the most important players were not so keen on taking part in it. That’s the case of Virat Kholi, captain of the Indian team, who said he had no interest in becoming a tester for a new kind of cricket. He went on to mention that the schedule they faced was already very demanding on players, before adding that he felt the commercial side was taking over the sport, which to him was hurtful. To this day, it still remains unclear if IPL players will participate or not in the Hundred tournament.